August Quirinus Backmann (also known as Augustus Quirinus Rivinus) (1652-1723) studied medicine at the universities of Leipzig and Helmstedt before returning to Leipzig to follow in his father’s footsteps in the medical faculty there. He was undoubtedly successful being made Professor of physiology and botany (1691) and Professor of pathology (1701) and therapeutics (1719). Despite this academic rise to power within the medical faculty, Rivinus’ focus was not, as might be supposed, primarily on the medicinal applications of plants, but rather on developing botanical taxonomy. 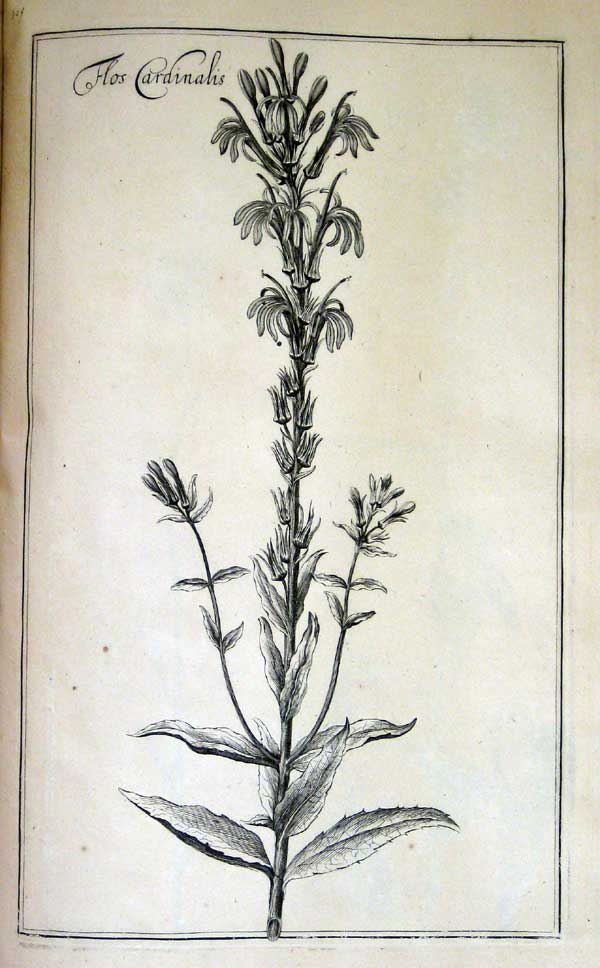 Rivinus divided plants into eighteen classes, based on the regularity and number of petals and also on the fruit as whether the fruit was bare or surrounded by a dry or fleshy pericarp (the main part of the fruit excluding the seeds which develops from the wall of the ovary, Webb (2012)) although only three of the classes were published in his lifetime. His Introductio generalis in rem herbariam (Leipzig, 1690) Vol 1 provided 125 exquisite plates of ‘plants with irregular flowers of one petal’ with volume II 1691 consisting of 118 plates describing irregular flowers of four petals. Rivinius’ next work then examined flowers of five petals but due to the expense of the plates he was unable to continue the series and produce his volume of irregular six petaled flowers. 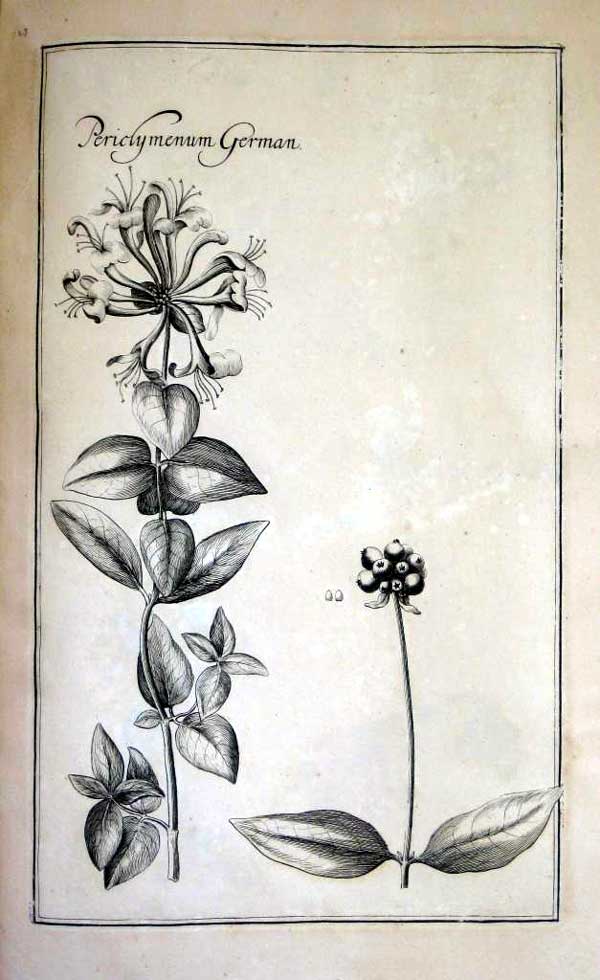 This plate of Lonicera Periclymenum shows the flower and also on the right, the berried fruit, an example of a fleshy pericarp. Koelbing (1970), states that Rivinus ‘anticipated Tournefort and Linnaeus in devising an artificial system of plant classification’ but that his focus on the petals alone as the indicator of his classification system inevitably led him into conflict with John Ray. The fact that Worth did not purchase Rivinus’ 1694 response to Ray’s criticism is perhaps an indication that he favoured Ray’s approach. Rivinus’ advocacy of binary nomenclature would be further explored by Linnaeus. 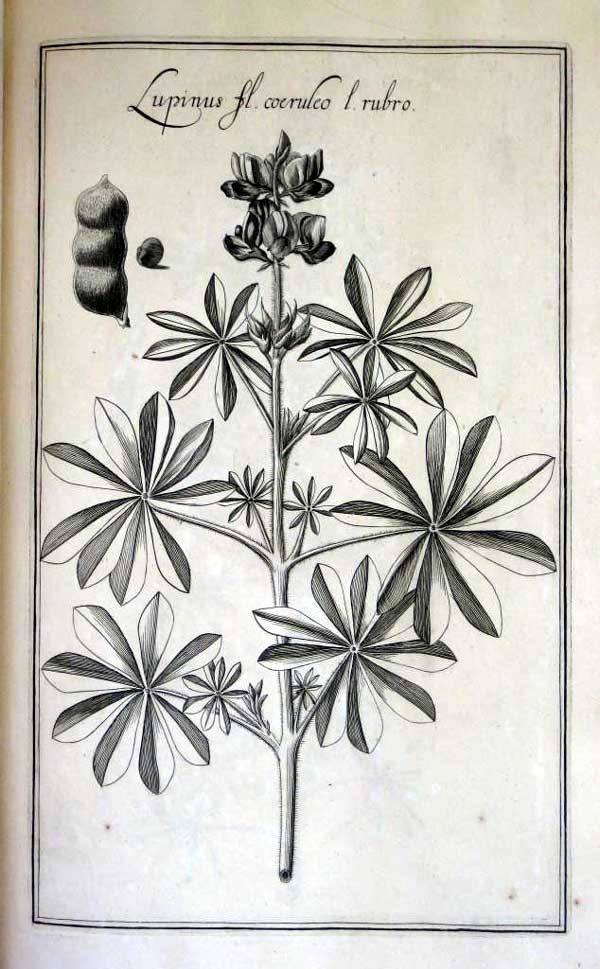 This plate shows the Lupin flower and its conspicuous large dry seed pod.

Rose, Hugh (1775), The Elements of Botany containing the History of the Science (London).